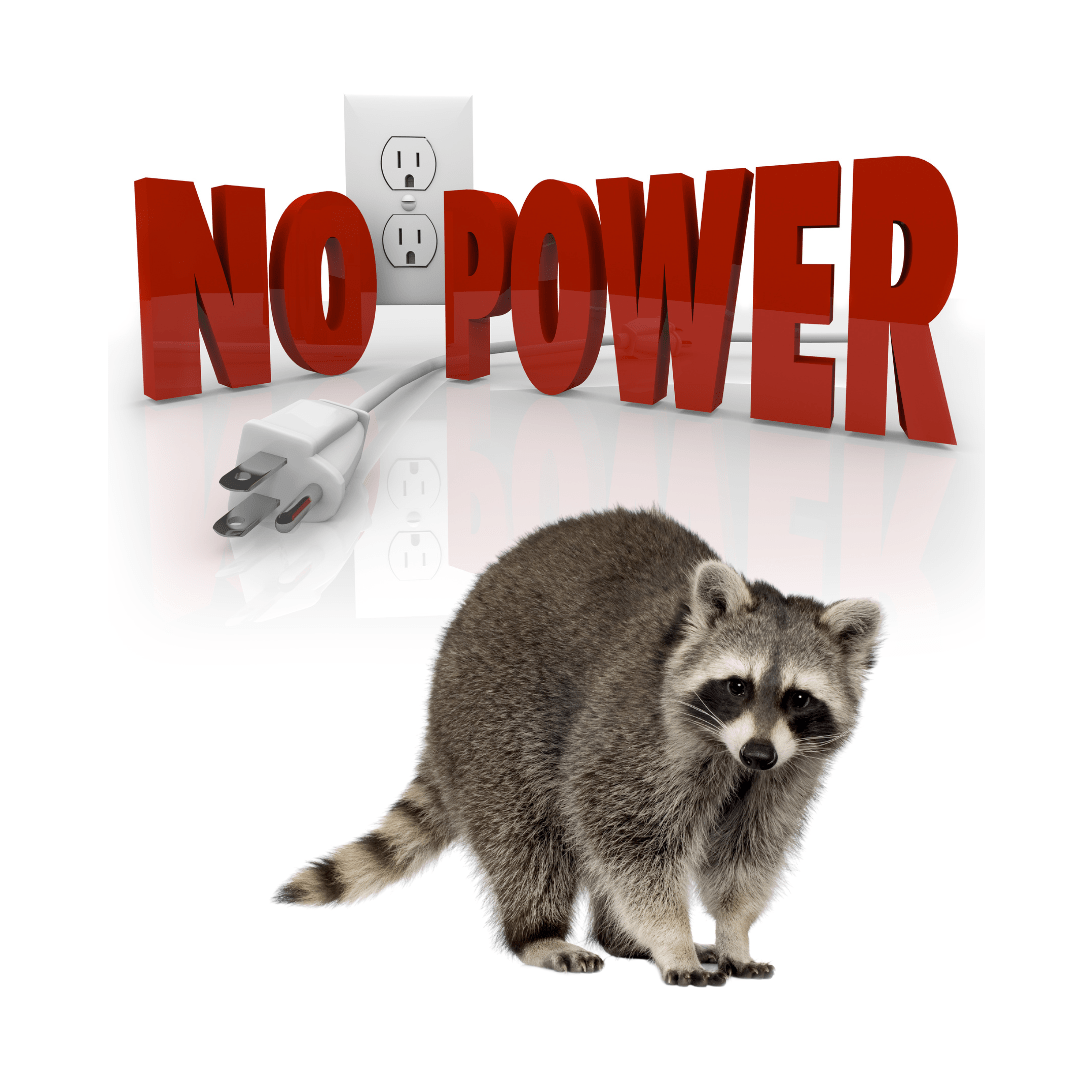 In Seguin, TX, raccoons caused two power outages this October by getting into substation transformers.

This isn't the first time a raccoon has ever gotten into a transformer. Out in Colorado, a raccoon once caused a 7-acre wildfire doing the same thing. There were instances in New Mexico where raccoons caused a transformer to downright explode. Raccoons have even managed to start major fires by getting into the power lines.

Squirrels blow out transformers as well, as do snakes and other animals. Anything man can build, it seems, pests want to find their way into.

Some power companies have responded by retrofitting transformers to prevent animal interference, which we think is a wonderful idea.

Do you doubt that they can do the same to your home?

You shouldn't. Fire investigators estimate that wire-chewing damage by rodents such as rats, mice, and raccoons cause up to 20% of undetermined fires in the United States every year. If there's one thing raccoons excel at, it's good old fashioned property destruction.

These fires are the most common during the winter. That's because animals like to winter down in our attics, and they don't have much to do but stay inside and chew on whatever looks good to them.

One sign of damage could be a circuit breaker that constantly trips. Another sign could be frequently flickering lights, appliance failures, or frequent power surges.

Add those to the other common signs of raccoons in your home, and you might just have to face up to the fact that it's time to call a pest control company like ours.

Signs of raccoons include:

Take a look at some of our other posts about raccoons to understand the dangers they pose.

We offer humane pest removal, and we're a lot less expensive and distressing than a house fire!

If you think you have signs of raccoons, contact us to get help today.

Our goal is to take time to evaluate each customers situation and customize proven results to solve it. If you are looking for a professional solution for your Raccoon Removal needs, please contact us today. Bats are one of the worst infestations you can get in your home or business. They’re gentle, and will never attack you, but they’re still problematic.

END_OF_DOCUMENT_TOKEN_TO_BE_REPLACED Bats are one of the worst infestations you can get in your home or business. They’re gentle, and will never attack you, but they’re still problematic.